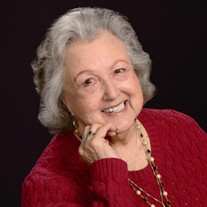 (Soledad Maria del) Carmen C. Pasano peacefully passed away 3/1/20 from serious health complications and ultimately a stroke from which she never recovered. Born 12/31/36 in Mexico City, Mexico D.F. of Gov. Armando Correa Bastar and Juanita Correa de Velasco. The young Correa family lost their patriarch and breadwinner to heart attack when Carmen was just 3 yrs old. Juanita joined forces with her mother and sister whom all worked together to raise Carmen. Despite having many suiters of means and stature, Carmen was attending the English-speaking College of the Americas in Mexico City where she met the love of her life Anthony at the Catholic Newman Club. Anthony had enlisted in the USAF to serve in the North Korean war as an ECM radio specialist stationed at Okinawa, Japan. His service benefit allowed him to attend the College where he studied Business Administration, met and relentlessly pursued her, and after first winning over her grandmother Eugenia, ultimately landed his future bride. They married on April 15th 1958 in Mexico and returned to CA to start their family, ultimately settling in the San Fernando Valley. Carmen worked most of her life as a Spanish teacher at Montclair Prep after a decade or so working at Bank of America. She was a fierce lover of music, art, history, travel, and musical theater and instilled that in the family. She was also dedicated to Our Lady and was spiritually involved in her local Roman Catholic Church, Our Lady of Lourdes (OLL), Northridge, where she served as lector, founder, and volunteered in various Women’s Groups there. They were original founders of TROLL, Theatre Repertoire of OLL, the longest such running entity in the LA Archdiocese, where they “hammed it up” onstage. Carmen and Tony were married for 60 years, and she never quite recovered from the death of her beloved in August 2018. She is survived by their three children Mark Anthony, Tania Pasano (Storrs) and Armand Joseph (all born is San Jose, CA); and six grandchildren: Natalie, Adrienne, and Richard A. Storrs, Anna Maria, Anthony and Gianluca Pasano (all born in the SFV/LA area). “A la famiglia” was their motto. May His perpetual light shine upon her. Services for Carmen will be Monday, March 9, 2020 Vigil at 6 p.m with Rosary at 7:00 p.m @ Utter McKinley Mortuary, 11071 Columbus Ave. Mission Hills, CA. 91345. Funeral services will be held Tues, March 10, 2020 at 11 a.m., Our Lady of Lourdes Catholic Church, 18400 Kinzie Street, Northridge, CA. 91325. Burial will be immediately following at San Fernando Mission cemetery, 11160 Stanwood Av., Mission Hills, CA. 91345. Reception to follow. Memorial contributions in honor of Carmen C. Pasano may be made to: Our Lady of Lourdes, School Scholarship Fund 18400 Kinzie Street, Northridge, CA. 91325 and/or the Sisters of St. Louis c/o Sister Judy Dieterle, 2230 Mulholland Drive, Woodland Hills, CA 91364-4933. (818) 883-1678

The family of Mrs. Carmen C. Pasano created this Life Tributes page to make it easy to share your memories.

Send flowers to the Pasano family.