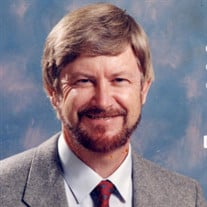 Francis “Frank” Patrick Raynor was born in Brooklyn, NY in 1941, the sole child of Frank Almond Raynor (a Brooklyn native) and Katherine Mawn who immigrated from Ireland. As a toddler, Frank’s father served in the U.S. Navy during World War II. Frank P. Raynor tragically lost his mother before he was five years old. Frank then spent his early school years raised in Northfield, Vermont. Frank returned to Brooklyn to attend East New York Vocational high school where he was the gold medal winner of the citywide “Words that Live” speech contest. Frank graduated from Brooklyn College. While at Brooklyn College, Frank worked as a page for ABC studios for the show “Who Do You Trust” and other shows. Frank did some graduate work at Hunter College. Frank worked as a tennis instructor, a NYC taxi driver, and as a NYC Social Worker. Frank also acted in small theater productions in NYC. In his late 20’s Frank moved from New York to Los Angeles, where he married his first wife Linda and raised his two children, Richard and Catherine (Kate). In Los Angeles, Frank was a Deputy Probation Officer for Los Angeles County. Frank attended and graduated from Cleveland Chiropractic College, and worked as a chiropractor starting in 1982 in Los Angeles, then moving his practice to Glendale, CA until his retirement in 2009. In 2004, Frank married Gail Pavek, a LAUSD school teacher and licensed marriage and family therapist. Frank and Gail moved to Northridge where they enjoyed their dogs, bicycle rides, seeing friends, but most of all…spending time together. Frank enjoyed travel, hiking, fishing, singing, and dancing. Later in life he enjoyed playing ping pong. Aside from spending time with Gail, Frank’s favorite thing to do was to spend time with his children Richard and Kate and their families. In particular, Frank always had a smile when spending time with his four grandchildren Shane, Danielle, Sky, and Jack. Although Frank never had any siblings, his cousin Charles Bennett was like a big brother to him. Frank always felt a strong family connection to the Mawn relatives. Frank was a loving, decent, kind man, who showed compassion to others. Frank was always ready to help his friends and family. The family is thankful to Frank's caregivers Ariel Magundayao, and Infinite Hospice nurses Rosalinda Elias, Margaret, and Jenny. Mass was held for Frank at Our Lady of Lourdes Catholic Church in Northridge, CA on September 18, 2020. Frank’s burial will be aside his mother at her plot at Mount Saint Mary Cemetery in Flushing, NY, as he wished.

Francis &#8220;Frank&#8221; Patrick Raynor was born in Brooklyn, NY in 1941, the sole child of Frank Almond Raynor (a Brooklyn native) and Katherine Mawn who immigrated from Ireland. As a toddler, Frank&#8217;s father served in the U.S. Navy... View Obituary & Service Information

Send flowers to the Raynor family.