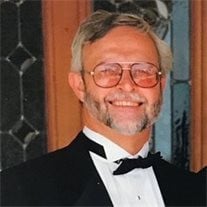 Lawrence (Larry) Hoytt Layton, 75, passed away on May 28, 2018 at his home in Acton, California. Larry was born November 13, 1942 in Tacoma, Washington. He was the son of the late Hoytt Hutchinson and Flora Mary (Fisher) Layton. Larry was united in marriage to Diane (nee Marshall) March 25, 1967. Larry is survived by his wife Diane of 51 years, his daughter Billie Jo Layton and granddaughter Alanna Layton, Acton, CA, his son Larry Jr. (Sherry), Acton CA, grandson Tyler Layton, Portland, OR and granddaughter Sarah Layton, Acton, CA along with his sister Linda Paolone (Perry), Simi Valley, CA. His brother Steve Ralph Layton (Loreen) preceded him in death. Larry was licensed to practice law before the Supreme Court of the United States and all federal and state courts in California since 1975 and in Arizona since 1982. He has had a long and distinguished legal career as an attorney, judge pro tem, law school professor and the proud owner of the Larry H. Layton School of Law. Larry served numerous local Acton committees and the Acton Town Council. He served over 11 years on the Acton-Aqua Dulce Unified School District governing board of trustees, holding various titles and most recently the position of Vice President. He was an icon to the community and was instrumental in getting the bond passed for the building of the high school. Larry's second love was acting. He was a member of SAG and AFTRA. He acted in many local community theaters performing in various plays such as Miracle on 34th St., Fiddler on the Roof, Annie Get Your Gun and others. Larry had a great love for baseball and a was lifelong Dodgers fan. Services will be held 10:00 AM, June 4, 2018 at Utter McKinley Funeral Home, 11071 Columbus Avenue, Mission Hills, CA. Pastor Corey Lovers of River of Life Acton Foursquare Church will be officiating. Burial will follow at Eternal Valley Memorial Park, 23287 North Sierra Hwy, Newhall, CA. Reception immediately following at Layton Ranch, 2665 Sache St, Acton, CA. .

Lawrence (Larry) Hoytt Layton, 75, passed away on May 28, 2018 at his home in Acton, California. Larry was born November 13, 1942 in Tacoma, Washington. He was the son of the late Hoytt Hutchinson and Flora Mary (Fisher) Layton. Larry was... View Obituary & Service Information

The family of Mr. Larry Hoytt Layton created this Life Tributes page to make it easy to share your memories.

Send flowers to the Layton family.