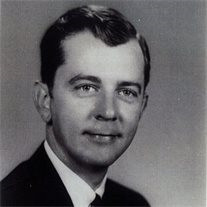 Event.observe(window, 'load', googleTranslateElementInit); function googleTranslateElementInit() { new google.translate.TranslateElement( {pageLanguage: 'en', multilanguagePage: true}, 'google_translate_element'); if (navigator.userAgent && navigator.userAgent.match(/Firefox/)) { // This is a terrible terrible hack, Google Translate blows away the sound on Firefox. // Calling reboot seems to bring it back. soundManager.reboot(); } } Richard was born on August 17, 1930 and passed away on Tuesday, April 15, 2014. Richard was a resident of Santa Clarita, California. Richard Gene Ekstrom was born on August 17, 1930 in Davenport lowa to Edmund and Marie (Stralow) Ekstrom. He attended Trinity Lutheran School, Sudlow Junior High and Davenport High School. He joined the United States Marine Corps in the summer of 1948 where he received his basic training in Camp Lejeune, North Carolina. He served in the Korean War where he received a Purple Heart, Letter of Commendation with combat " V" and a Presidential Citation among other medals.Upon his return to the states he was stationed at Camp Pendleton and El Toro Marine Base in California where he attained the rank of Sergeant and served as an ambulance driver. He then graduated from Augustana Lutheran College in Rock Island, Illinois along with his wife, Juanita Henley. They moved to Southern California in 1955 where he enjoyed the warm weather after being in Korea and serving in the "Battle of Chosin Reservoir'. Dick passed away on April 5, 2014 at his home in Santa Clarita, California in the loving arms of his family. Dick is survived by his son, Erik Andrew (Elisa) Ekstrom and daughter, Elizabeth Melinda (Bob) Chevalier. Sister, Muriel (Keith) Moore, and five grandchildren. Funeral services will be held at the Utter-McKinley Funeral Home in Mission Hills, California on Tuesday, April 22nd at 12:00 noon. Burial will be at Eternal Valley Cemetery in Newhall, California where he will be interred in the Veterans section. He will be greatly missed. In Lieu of flowers, consider donating to Marines helping Marines in Richard's memory at http://www.marineshelpingmarines.org/

The family of Richard Gene Ekstrom created this Life Tributes page to make it easy to share your memories.