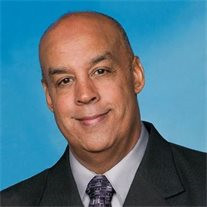 Terry Wayne Carter (66). Our beloved husband, father, brother and friend, passed away on Monday May 8, 2017 after a long battle with cancer. He was a wonderful, sweet, kind and loving man that cared deeply for his family and friends. He was admired and respected by the people that knew him. He was very mellow and had a very relaxed way of seeing life, but at the same time he was a very brave and courageous warrior during his battle, despite the roughness of the situation he always had the determination of keeping in the fight and not giving up. Terry was born in Baltimore Maryland and grew up in a little town called Halethorpe where he attended Baltimore County Public Schools. He played league baseball, took auto mechanics and began playing the drums. He didn't go anywhere without his drum pad and drum sticks. He was always keeping the beat with the music, whether from the radio or his head. In his early years, Terry became very skilled on the drums and his love of music inspired him to join a band named Calhoun which had just started playing and doing gigs. Years later, he taught himself to play the guitar, but his favorite instrument continued to be the drums. He worked with his father in the family construction business, but Terry loved music so much that he moved to California in the early 80's to pursue his interest and dreamed of making music professionally. Terry fulfilled part of his dream, by playing with the bands Wail Bone, Glass Houses among others, and frequently jammed with his friends. He was very creative and found the inspiration for his 2 CD's which he promoted as Grey Foxx. Terry's relationships with family and friends, especially with his second mom, Pat, and his younger brother Tyrone were always very loving, warm and sincere. He made sure to express his love constantly to the people he cared for. Terry lived a life filled with optimism though he experienced loss as well. His first marriage produced a daughter, LaRhonda, who passed away suddenly, but his second marriage, produced his loving son, James who he was so proud of and often shared with Gloria his admiration of the responsible young man James has become. He met Gloria in 2000, and it was an instant connection, marrying six months after their first meeting and the two of them created a loving and strong family foundation for James. Terry loved to ride around on his bike and take Gloria to nearby places, wherever there was music for them to listen to, he was there. Working as part of the ITS team for Deloitte for over 18 years, Terry's easy going ways and laid back attitude allowed him to work with many people on many problems and along the way, he established longtime friendships. Terry has left us loving and endearing memories to treasure and cherish. You can still be soothed by his beautiful voice via his Grey Foxx page on the ReverbNation website or on the Grey Foxx page on Facebook. He leaves to cherish his memories his loving wife, Gloria Martinez-Carter, son James Carter, bother Tyrone Carter and second mother Octavia Carter, nieces Vanessa and Celina Carter; and host of cousins, nieces, nephews, extended family and friends.

Terry Wayne Carter (66). Our beloved husband, father, brother and friend, passed away on Monday May 8, 2017 after a long battle with cancer. He was a wonderful, sweet, kind and loving man that cared deeply for his family and friends. He was... View Obituary & Service Information

The family of Terry Wayne Carter created this Life Tributes page to make it easy to share your memories.

Send flowers to the Carter family.